State and local officials stress the importance of the 2020 Census to Norwich and southeastern Connecticut. 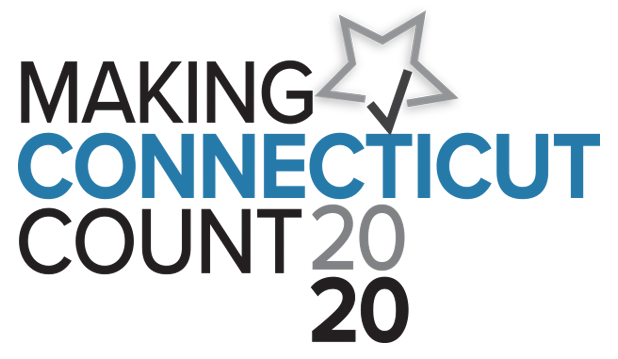 Access to federal dollars is already a concern for Connecticut, which the Rockefeller Institute of Government says receives back only 74 cents for every dollar residents pay in federal taxes – the worst in the country. State officials say Connecticut will lose an estimated $2,900 for each person undercounted in the 2020 Census.

From March 12-20, households will begin receiving information on how to respond to the census by phone or by mail, or for the first time, online. From May to July, census workers will begin visiting homes that haven't responded.

The availability of free, online mapping tools preloaded with census and elections data mean that for the first time, anyone can propose their own districts and submit them to a legislative committee.

Salem's growth, like its aging population, is slowing down

While no longer booming, Salem remains one of only three towns in the county — along with Ledyard and Preston — that grew at all over the past decade.

The Census Bureau on Thursday issued its long-awaited portrait of how the U.S. has changed over the past decade, releasing a trove of demographic data that will be used to redraw political maps across an increasingly diverse country. The data will also shape how $1.5 trillion in federal spending is distributed each year.

The U.S. Census Bureau released data Thursday that will be used for redistricting.

New data from the Census Bureau due to be released Thursday will map the scope of that demographic transformation over the last decade.

Census Bureau statisticians and outside experts are trying to unravel a mystery: Why were so many questions about households in the 2020 census left unanswered?

Technological innovations allowed most households to answer the census questionnaire online for the first time instead of just by mail or phone, surprising statisticians with a self-response rate that exceeded expectations.

Connecticut launched a survey this year in an effort to collect data on LBTQ+ residents and gain a better understanding of their needs, concerns and experiences living in the state.

The U.S. Census Bureau announced its once-in-a-decade reapportionment totals Monday, bestowing new congressional districts and electoral votes upon certain states while taking them away from others.

U.S. population growth has slowed to the lowest rate since the Great Depression, the Census Bureau said Monday, as Americans continued their march to the South and West and one-time engines of growth, New York and California, lost political influence.

Connecticut’s population slightly increased over the past decade, according to new census data released Monday, which showed the state will retain its five congressional seats.

Census Bureau officials blamed the need for extra time on operational delays during the 2020 census caused by the pandemic.

Picking up the pieces of a long, fractious process that spooled out during a global pandemic starts with transparency about irregularities in the data, former Census Bureau directors, lawmakers and advocates said.

The U.S. Census Bureau has found new irregularities in the head count data that determines congressional seat allocations and the distribution of $1.5 trillion in federal spending each year.

The statistical agency said in a statement that a preliminary look at the data suggests 0.4% of the hundreds of thousands of census takers, also known as enumerators, may have either falsified data or performed their jobs unsuccessfully.

With the Census Bureau days away from likely missing a year-end deadline for turning in numbers used for divvying up congressional seats, President Donald Trump's administration still hasn't turned over documents showing how it's crunching the data on a shortened schedule, according to a coalition of cities and civil rights groups.

The court’s decision Friday, led by its conservative justices, is not a final ruling on the matter and, while it allows Trump to pursue the plan for now, it's not clear whether he will receive final numbers from the Census Bureau before he leaves office next month.

The Census Bureau already was facing a shortened schedule of two and a half months for processing the data collected during the 2020 census — about half the time originally planned.

Census takers fall short of target goal in areas of US

From tribal lands in Arizona and New Mexico to storm-battered Louisiana, census workers who go door to door were unable to reach all the households they needed for a complete tally of the U.S. population, a count that ended abruptly last week after a Supreme Court ruling.

The decision from a panel of three district judges in California went further than last month's ruling by a panel of three federal judges in New York by saying that Trump's order in July not only was unlawful but also violated the Constitution.

The Supreme Court announced Friday that it will review President Donald Trump's attempt to exclude undocumented immigrants when calculating how congressional seats are apportioned among the states. The unprecedented proposal could have the effect of shifting both political power and billions of dollars in federal funds away from urban states with large immigrant populations and toward rural and more Republican interests.

The ruling by the three judges on the Ninth Circuit Court of Appeals in San Francisco was a split decision for the Trump administration and a coalition of civil rights groups and local governments that had challenged the administration’s 2020 census schedule.

Census Bureau: Target could be met if not for court meddling

The U.S. Census Bureau could meet a year-end deadline for turning in numbers used for deciding how many congressional seats each state gets, if it wasn't for a federal judge's order extending the 2020 census for another month, Trump administration attorneys told appellate judges in court documents.

The announcement came as a virtual hearing was being held in San Jose, California, as a follow-up to U.S. District Judge Lucy Koh's preliminary injunction.

Judge says 2020 census must continue for another month

A federal judge has stopped the 2020 census from finishing at the end of September and ordered the once-a-decade head count of every U.S. resident to continue for another month through the end of October, saying a shortened schedule likely would produce inaccurate results.

A top advisory committee to the U.S. Census Bureau is urging the statistical agency to allow the once-a-decade head count of every U.S. resident to continue through October instead of finishing at the end of September.

A federal judge in San Jose is considering whether to let the 2020 census end in two weeks or have it continue through the end of next month.

The federal judges in New York, in granting an injunction, said the presidential order issued in late July was unlawful and the harm it would cause would last a decade.

The census is used to determine how to distribute $1.5 trillion in federal funding and how many congressional seats and Electoral College votes each state gets.

More than a dozen laptop computers used for an early phase of the 2020 census were lost, stolen or missing last year, and they may have contained personal information whose confidentiality is protected by federal law, according to an agency watchdog.

Counting heads by region adds up

The proposal for the Census to compare Connecticut's planning regions to counties would elevate the effectiveness of regional councils of government. And it could mean more federal dollars.

It's in everyone's interest to be counted in census

As the final push to count everyone continues, we urge all residents who have not yet been counted to step forward. Don't be intimidated into not being counted.

All should be counted. Cities provide the same level of services — police, fire, schooling, emergency medical aid — to undocumented immigrants as they do to U.S. citizens.

The Supreme Court's chance to save the Census

The citizenship question was added after research showed it would help Republicans to gerrymander congressional districts to better effect.