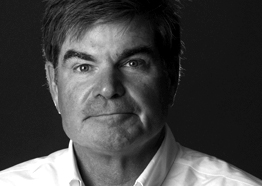 Company that Gov. Lamont put out of business will have its day in court

The salt importing company pushed out of State Pier by the governor's rebuild of the port is asking a Superior Court judge to immediately order work on the project to stop.

Heede should listen to his party's voters, who overwhelmingly rejected his candidacy for Town Council in this week's primary and sent a loud, clear message for change in the way the party is run.

The developer granted exclusive rights for improving the city's waterfront has never done anything like what he is proposing for New London.

She stands out in Groton as a councilor willing to listen to constituents and rock town Democrats' boat.

The magnificent landmark building should be owned by the public, and there's lots of transportation infrastructure money available to buy it.

The senator is one of the Connecticut politicians who steadfastly clings to the notion that enough private money will be raised to build the problematic Coast Guard museum.

If the town is going to contribute to affordable housing by cutting taxes for a rich development company, why not spread it around, maybe in communities that could use more income leveling, like Stonington Borough and Mystic.

Mystic Oral School developer may have Groton over a barrel

As the souring deal slides toward the courts, town manager already has refused to release latest letter from the lawyer for the developer.

The Coast Guard rescues one of its own

As the iconic 1BI buoy, which marks the shoal at the northern tip of Block Island, had been swept away by Henri and washed up on a mainland beach, there was maybe more to the storm than what we saw here in Connecticut.

Lamont mask policy: following the science or the polls?

The governor, sadly, seems fearful of the political blowback a new indoor mask mandate might bring.

CPA board member still votes on State Pier, in violation of ethics advisory

John Johnson, a board member of the Connecticut Port Authority, has ignored an opinion from the Office of State Ethics saying he should refrain from or explain his votes on State Pier matters, because he owns property nearby.

Voters soon get their first chance to rebuke Groton Democrats

Leaders in the Groton Democratic party punished Town Councilor Portia Bordelon after her opposition to the botched Oral School proposal, but voters will get to vote to return her to the council in a primary Sept. 14.

Why is Lamont wimping out now on the pandemic?

The governor, who made hard decisions at the outset of the pandemic, is shirking his responsibility now and avoiding tough calls to control the health crisis.

The Department of Energy and Environmental Protection is considering applications for projects that would elminate 7 acres of water in the city's port and allow a museum in the heart of the waterfront transportation district.

The Block Island wind farm has largely shut down

Blades on four of the five turbines stopped turning weeks ago, without any public announcement, and repairs are expected to continue "the next few weeks."

How a whistleblower is prosecuted in Lamont’s Connecticut

The harassment of Kevin Blacker of Noank by prosecutors and those in the highest echelons of state police is troubling.

Both Connecticut's senior U.S. senator and its attorney general have suggested Whaling City has an obligation to honor a tires-for-life promotion.

A longtime customer of the Ford/Mazda dealership in New London says the new owners won't honor his "tires for life" commitment from a 2013 car purchase, even though he's serviced the car there ever since he bought it.

David Kooris wrote to the governor's chief of staff suggesting he not hand over a $750,000 invoice from a port authority consultant being sought by state auditors because of a whistleblower complaint.

The town's deal to help a developer with a criminal history and a questionable track record to overdevelop a major property, against the strident opposition of neighbors, has exposed troubling mismanagement of the government.

A fitting farewell for a poet

A dozen poets gathered before a glorious July sunset at a hilltop Connecticut landmark to read the works of the late Leslie McGrath.

I learned from a review of 2020 emails, obtained through a Freedom of Information request, some interesting things related to Gov. Ned Lamont’s generous rebuilding of State Pier for the benefit of Eversource and Ørsted.

The state Department of Administrative Services is ending a lease for the school property with the developer that paid him about $5,600 a month.

Party under the palm trees in New London

City Dock is open and should transform the city waterfront this summer, maybe breathing new life into the downtown.

The developer who has a contract to buy Mystic oral school for $1 has a troubling resume and a history of paying bribes to public officials.

The price for Coast Guard museum bridge is now $25 million, and looming

U.S. Rep. Joe Courtney is proposing a $4.9 million federal earmark to add to the $20 million already committed from the state, to reflect rising costs.

Gov. Lamont continues to thumb his nose at FOI laws

Gov. Ned Lamont has not responded to two different requests for correspondence made under FOI law, despite pending complaints with the Connecticut Freedom of Information Commission about his lack of compliance.

Harvey Fuller had been diagnosed with dementia before he deeded his house overlooking the Mystic River to the Mystic Museum of Art, according to a doctor's testimony in a probate hearing. The museum has left the house abandoned and in disrepair.

Dirt artists to the rescue of my pandemic-challenged septic system

The end of the pandemic is punctuated with a fine new septic system.

Masks off: The unvaccinated are on their own

Entering a store with maskless people is less safe for the unvaccinated.

The year after aquarium President Stephen Coan was paid more than a half-milion dollars, a state rescue package included forgiveness of a $2.6 million loan balance.

The city should make it clear now that the three-year deadline to finish the museum downtown is firm.

A staged version of "Mystic Pizza" is planned for this summer at the Ogonquit Playhouse in Maine.

Only about a third of those who were laid off last spring have been hired back and the others are not promised new jobs being created.

The city can take back the land it donated for the museum if it is not constructed there by May 2024.

The downtown Coast Guard museum has become a sham

The museum is proposed for an impossible site with nowhere near enough money raised, after seven years of trying.

The city has told Jane Barton she must get rid of her chickens because they are not allowed in the zone she lives in.

Bidenism will wash over Connecticut

Sen. Paul Formica calls for resignations if the Connecticut Port Authority can't get the State Pier project on track.

Why is so much vitriol aimed at Aundre Bumgardner?

Attacks on the Groton mayoral candidate who won the Democratic primary seem more personal than about policy.

Is that a sizzling summer in the COVID-19 crystal ball?

Clearing of pandemic clouds may be in store for the summer of 2021.

Seaside developer has waited years for his day in court

The developer first sought permission in 2015 to sue for $20 million in damages over his failed deal to buy Seaside.

Local lawmakers get a shot in the arm

Lawmakers in eastern Connecticut are more forthcoming about vaccinations than Republicans in Rhode Island.

The governor's office has not supplied communications requested more than six months ago and has given no reason for the lack of compliance.

Mystic history demolished to make way for a parking lot

A parking lot is being proposed for an empty lot created when two buildings, one a contributing structure to the historic district, were demolished on the residential street.