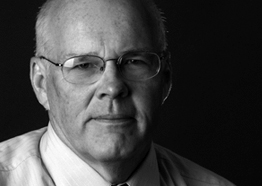 It appears COVID is here to stay

The idea of fixing the problem is fading, replaced by an approach to manage it.

Did you hear the one about restoring Congress's war authority?

If a proposal introduced by Chris Murphy and two fellow senators manages to gain bipartisan traction, it would mark a historic recalibration of the balance of power, and one that is badly needed.

That Connecticut is slipping back on garbage disposal stinks

In the 1980s Connecticut authorities used development of trash-to-energy incinerators to close landfills. But state officials have failed to come up with a next-generation plan, and now the stuff is headed back to landfills.

Paying for prison calls. Going from one extreme to another?

Connecticut went from a state that was among the highest in charging for calls and making money off them to one that will not charge at all.

Right now Lamont heads toward a 2022 re-election bid with a strong tailwind.

Everyone agrees on the need to do something — progressive Democrats, the minority Republican caucus, centrist Democrats, and Gov. Ned Lamont. But, as of the last full week of the session, they had failed to agree on what.

Facing the emotions of mask repeal

“I don’t get it,” I said, once back in the car. “Why do people want to keep wearing masks? They can’t all be unvaccinated.”

If critics of the repeal prevail, they will have gained little. The 80-officer figure will return but remain largely symbolic.

Write-in campaigns and May elections

At least a mayoral race in the City of Groton generated a decent turnout. In two other municipal elections on Monday, less than 100 people voted.

It's still easier to vote in Georgia than here. Change that.

Even after the recent changes in law, voting in Georgia can still begin up to 19 days before Election Day. In Connecticut there are no provisions for early voting.

Republicans blew their chance in 2018. It will likely be a while before they get another one as good.

A 'delicious' mayoral contest in City of Groton

Unusual campaign ingredients have produced an absolutely delicious political dish, spiced up with all sorts of political subplots.

New London stands to be a major player in the Biden administration's drive towards a cleaner energy future, but some critics still see that as a bad thing. It's not.

While a highly successful fiscal policy, a 2017 budget deal did nothing for the Republicans politically.

When the roll was called there was one vote in opposition, Osten, co-chair of the powerful Appropriations Committee.

Reader asked how come we're tough on guns, easy on voting. Here's why.

There is a reason our editorial position is to make it easier but hard to obtain firearms.

Democracy, silly style in the City of Groton

So, is the purpose to discourage voter participation? If so, the recent City of Groton primary was a smashing success.

In testimony to the legislature, Comptroller Kevin Lembo has been insistent that plans offered under a public option would be self-sustaining and affordable, with no recurring cost to taxpayers.

Passero makes a deal, and uses all his skills doing it

The New London mayor held out for increased funding to the city, but was wise not to push matters too far. He now calls himself a cheerleader for the wind-power project.

Praise from the right, criticism from the left for Gov. Lamont

Making life and death decisions for a year probably thickens the skin. After staring down a pandemic, Lamont should be able to deal with the angry progressives within the party ranks.

In trying to save young defendants from the stigma of public proceedings, the legislature sacrificed the protections open proceedings provide, both for the defendant and the public.