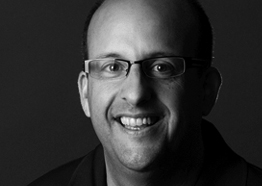 They're playing hockey again in Norwich

Is it possible to survive the Human Comments Section?

Our words are getting meaner

We will miss Guisti's one-liners (and red shoes)

NFA coach leaves his mark on his school, program

Dr. I: If you won't let them in, at least let them watch

Why won't NL ever consult people who know what they're talking about?

The life of Ronde Ford, as told by mentor Dom Griffin

There is no place to dissect a kid's life in the wake of his death.

Bouknight: good enough for the NBA, but is he ready?

Is James Bouknight, who has appeared in all of eight games this year and 39 in his college career, ready for NBA rigors?

Gold stars to ECC for adhering to COVID protocols

Give me NFA, New London over a prep school, thanks

You grow up in your town, played in your community, play for your school and with your friends.

Bouknight case shows why honesty is such a lonely word

There's no reason for such secrecy over an elbow injury.

Who knew boredom could get so interesting?

No such thing as 'just a role player'

An ode to role players everywhere

Now you see why Paige is all the rage at UConn

Seton Hall was wrong team at wrong time for UConn

Dear H.S. athletes: sports or a social life, but not both

Dr. I: Does Tom Brady get credit for discovering the COVID vaccine, too?

Random thoughts from the sports world.

Baseball Hall of Fame voters have tougher decisions than ever.

Etess belongs on the state's Rushmore of sports

Feds should take the lead on transgender issues

Praise the Lord and pass the Mylanta until Bouknight returns

UConn-Tennessee 'not a big deal' anymore? Says who?

Of hoops, masks and BU's unwillingness to help

Football, wrestling have more in common than they realize.

Contradictory H.S. sports rules leave many of us befuddled

Spring football never had a real chance in Connecticut.

'Conservative Grace' and her civil exchange of ideas

UConn men making their way back from the wilderness

RIP Dee Rowe: The once and future conscience of UConn sports

Remembering the life of Dee Rowe

Dr. I is convinced Curt Schilling's the reason God made the mute button

Of the WNBA and its contribution to democracy

Sports have an emerging role in a pandemic.

Pederson altered with the game's integrity

Note to UConn fans: Time to hit Atlantic BB in the wallet

Many in region can't watch UConn women's basketball on SNY this season.

Dr. I is very much looking forward to Geno's next halftime rant

Idle Thoughts, while waiting for 2021, the Giants to stop faking field goals and for better snow removal in New London: • Dr. Idle, Dr. I to his close friends, can't wait for the next UConn women's game. Not for the game. But for the halftime interview. Geno Auriemma's streams...

Waterford Youth and Family Services, Cactus Jack help many in their town.

The old Geno is back coaching the new Huskies

Why are narcissists so irresistible?

Sports news from last week produced the revelation that Kyrie Irving, whose bizarre musings often suggest his cord doesn't always reach the outlet, decided he's not talking to the media this year.

The show must - and should - go on

Saluting the life of Fred Hahn, an American original

Groton's Fred Hahn was a fixture at local sporting events.

Trump picks coach with checkered past for medal of freedom

RIP, Mike Shalin, a man who taught me everything

Dr. I: When's the last time ND got called for holding?

Come along and experience Bubbleville in Uncasville

King's coaching again: Power of the people ain't dead yet

Tim King has the community — and the truth — on his side

Appreciate what you have and give it all you've got

Practicing gratitude in a pandemic

Of Porter, Cabral and their faith-based journey back home

It is entirely human to yearn for the next thing in our lives. Endure the present, but flirt with the future. This was Keith Porter.

Why does distance learning preclude athletics from happening?

Will the NCAA consider listening to Jere Quinn?

Season No. 43, the only one Jere Quinn has ever coached in a pandemic, will challenge him as no other.

In hindsight, Heinsohn was simply the best

Tommy Heinsohn made his mark one night at Mohegan Sun Arena.

Behavior from left and right making me nauseous

Sports played a role in the election

To ECC leadership: Thanks for a job well done

A million little haunting details became a daily dilemma around the games our kids play this fall, but Eastern Connecticut Conference athletic directors were up to the challenge.

Daigneault's words about 'fake news' ought to be memorized

Read more, turn off the television, get off the internet and social media, grab multiple newspapers and read.

Stick to sports? Sure beats our pathetic voting process

At least there's football to watch this weekend. A scoreboard. A winner. A loser. And all before bed.

Dr. I: Would the Rays have let Tolstoy finish 'War and Peace?'

Mr. G's co-owner Peter Gianakos, who has helped feed us for 64 years, is retiring.

What if society ran as smoothly as our schools?

Blame school and the kids for COVID surge? No way.

Kids should benefit most from NL community center

At some point, the priority needs to shift to the kids, especially in New London, where lip service has conditioned many of them to think they're entitled to less because they've always had less.

These women at UConn are worth every dime

This is where my reckless, feckless idealism gets in the way. Because I root for everybody. Make all the money you can, baby. It's called capitalism. As one pundit once noted, "money's money and there was only one Mother Theresa."

At East Lyme, the band plays on ... despite our new abnormal

Angelica Fadrowski had two options: respond or react. The latter would have been understandable, given our new abnormal

Be careful (and hopeful): Karma isn't messing around

We've reached the point in 2020 where the mere reference to 2020 describes 2020. Example: Something bizarro happens? Go palms up, give a shoulder shrug and offer an absorbing, "well, it's 2020 after all."

'Peace and blessings!' to the man who made NL a better place

Imagine: outscored 105-4 over an entire season. But still having the guts to show up every day.

HS hoops with no masks? I don't think so

Can the ECC's 'football related activities' save youth football?

Youth football is facing participation issues that the ECC's 7 on 7 model can solve.

Dr. I: He'd be nowhere without CIAC guidance

An attitude of gratitude as high school sports return

High school sports make their return to Connecticut on Thursday as does GameDay on theday.com

Do we really all live in the same country?