Rick has been working as an Arts and Culture writer for The Day for over 20 years. He specializes in covering music, books and dining and writes a weekly humor column known as “Rick’s List.”

Besides writing for The Day, Rick has three published books, two of which “whimsically” cover the history of music in Texas and Louisiana. The third is the comic crime novel “Poppin’ a Cold One” — out of print, he says, “for many good reasons.”

His love for writing began at a young age in Dallas, Texas. “I’ve written all my life,” he says. “Short stories, plays, even short novels all through high school and college.”

Rick also has a voracious love and fascination for music. Having been musically inclined for nearly his whole life (he played the drums as a kid and later learned how to play guitar and bass guitar at Baylor University), Rick traveled in rock bands for 14 years throughout the ‘80s and early ‘90s. 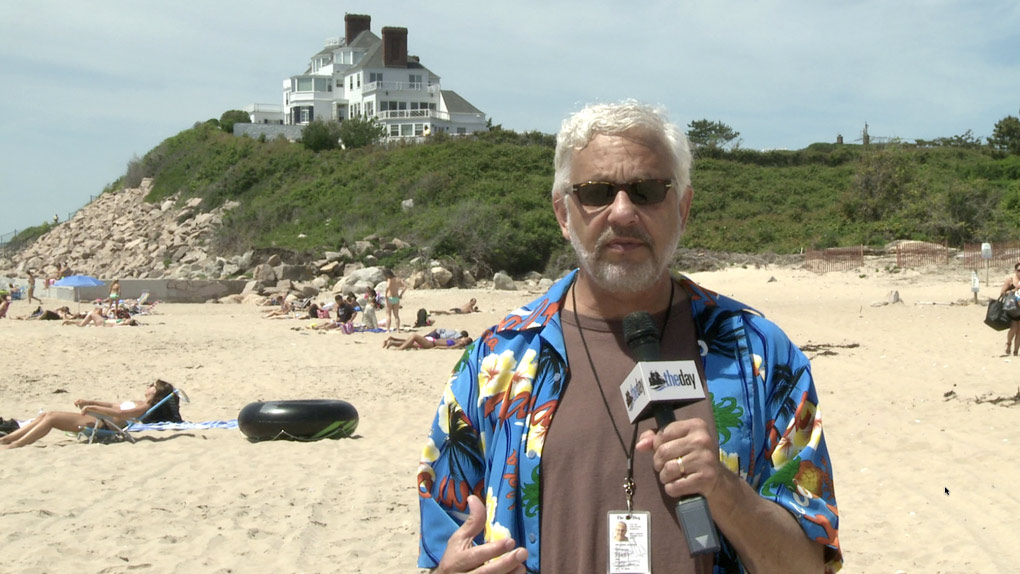 “Playing original music with people I loved and respected was about as much fun as one could ask for,” Rick says. “And to reach a level of moderate success where we had open bar tabs was the pinnacle of artistic achievement for the human race.”

Rick began his journalism career writing music reviews for a monthly Texas music magazine in 1992. That gig, he says, gave him enough clips to eventually start writing about music for the alt-weekly Dallas Observer. At the same time, Rick wrote book reviews and author features for The Dallas Morning News. He joined The Day in 1997.

When reflecting about his two-plus decades at The Day, Rick says that he appreciates being able to cover an area inundated with musicians and authors. He also admires his colleagues, whom he explains as “incredibly gifted.”

“Many of them could be writing for papers the quality of the NY Times or Boston Globe … That’s part of the magic of The Day; there are amazingly great veterans who’ve elected to stay in this area … as well as really talented young writers who choose to stay here awhile because it’s a wonderful place to learn before they move to the ‘Next Step.’”

On a typical day in the newsroom, Rick can often be found listening to the latest album, EP or single if he isn’t writing about the next band coming through town.

When Rick isn’t working, he enjoys spending time with his wife Eileen and their dog Virgil, reading crime novels and wishing there was a Whataburger nearby.