A proud native of Philadelphia, defense reporter Julia Bergman suffered for 3Ĺ years in Patriots nation before her Eagles came away with the championship, granting her (temporary) bragging rights.

Bergman, who got a bachelor’s degree in journalism from Indiana University Bloomington, launched her career in Roswell, N.M. (Insert Area 51 joke here.) She spent her time there writing for the Roswell Daily Record while also directing news for KBIM Radio.

From there, Bergman made her way back to Philly, where she wrote data-driven stories for a startup news organization before signing on with The Day to cover the military.

Long interested in international affairs, Bergman said the position made sense for her. And while she sometimes struggles with the delays that can come from working with the federal government, she finds the gig deeply satisfying. 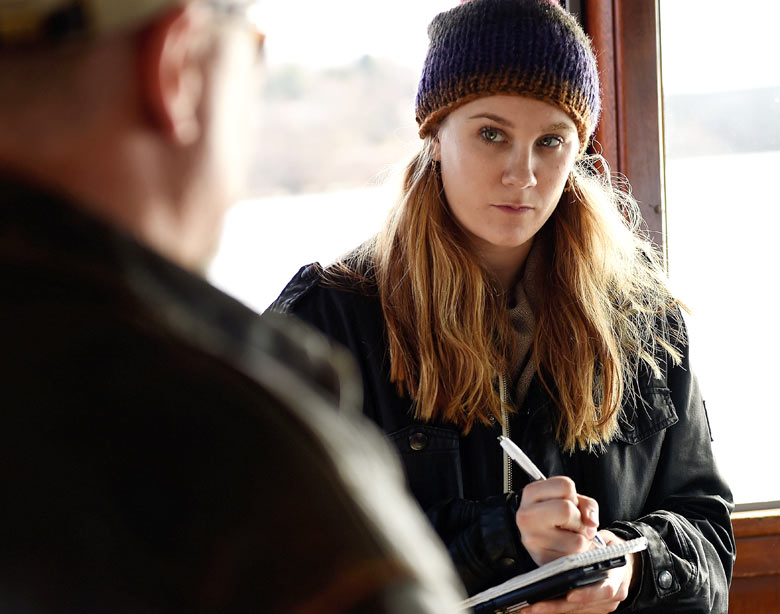 “I like that it’s not a typical 9 to 5,” Bergman said. “I do and experience things no one else does and get to explain them to the public.”

She once spent two nights on a submarine, for example, and became an honorary submariner as a result. She also shadowed the wives of deployed sailors for months, documenting the toll a sailor’s absence can take on the family left behind.

“You couldn’t have a military without the people behind it,” she said. “It’s important to me to cover those stories.”

When she’s not reporting, you can find Bergman kicking the ball around a soccer field or drinking rosť — she’s a connoisseur.

Speaking of connoisseur, she also studied French at IU. Drop her a line if you know the language — let’s see how much she remembers.