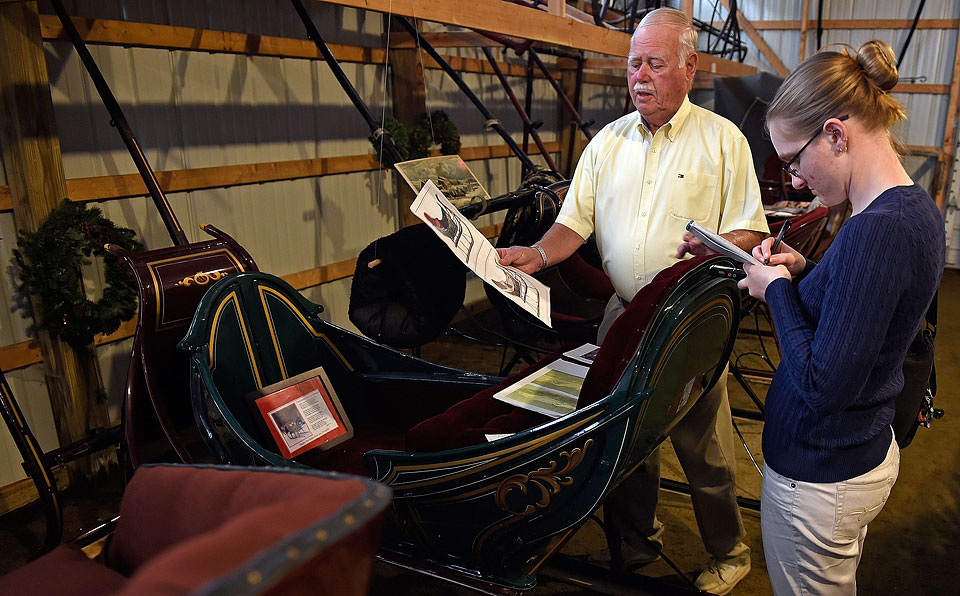 Amanda Hutchinson joined The Day in 2015, after graduating from Ithaca College where she majored in journalism and earned three minors in Spanish, biology and deaf studies.

She is the assistant community editor at The Day for The Times papers, and she covers the town of Salem. In her role, Amanda is a woman of many hats, especially when it comes The Times papers where she helps out with editing, writing, calendars, reporting and really anything else she can assist with.

“Everything, I do everything,” Amanda laughs as she talks about her role with the paper. “My office message is a mess."

A familiar face around the area and especially around the roller derby rink, Amanda has lived in southeastern Connecticut for all but two years of her life. Although born in Westerly, she grew up in Ledyard and Stonington, and graduated from Ledyard High School in 2011.

In fact, her career in journalism really began during her time at Ledyard High where she was features editor at The Colonel, the Ledyard High School newspaper.

After graduating from Ithaca, Amanda returned home and actually worked for an EB subcontractor. However, never one to shy away from the challenges of holding multiple jobs, during this same time Amanda also made her debut with The Day team, but her position was’t originally in the newsroom. Instead it was as a paper deliverer.

But her interest in being part of the newsroom never faded and a few months later Amanda was offered a job as the assistant community editor. She traces her interest in journalism back to when she was a kid writing stories on her mom’s old typewriter. And although fiction wasn’t her cup of tea, she just loved writing. Combine that with her passion for science and facts, and you certainly had the foundation for an eager journalist.